International meeting of young beekeepers from the countries of V4

You have entered web page of the most representative association of beekeepers in Slovakia. As most of the information on our website are national and organizational legislative guidelines, it is not automatically translated into English. You can read basic information about Slovak beekeeping in this short review. For other information about our Association and suggestions for cooperation, feel free to contact person responsible for foreign relations, which is Róbert Chlebo at e-mail robo.chlebo(at)gmail.com or the Secretariat at sekretariat(at)vcelari.sk.

The Slovak Republic is situated in the heart of Europe, sharing frontiers with the Czech Republic, Austria, Poland, Hungary and Ukraine. Slovakia was constituted on the 1st of January 1993 as a new independent republic, following the dissolution of the federal government of Czechoslovakia. Despite years of common statehood with the Czech Republic, not to mention centuries spent under Austro-Hungarian Monarchy, Slovakia has shaped a distinctive profile. Its culture, steeped in folk tradition, is particularly rich. Slovakia today is a member country of the European Union and Eurozone and is ranked into the best-developed countries of the former East Bloc. Some people make mistakes in recognising Slovakia and Slovenia, which was formerly a part of Yugoslavia. Slovakia is rather small country, whose population of slightly less than five and half million can hardly match that of Paris or London. Territory of Slovakia is divided into 8 counties furthermore sub-divided into 79 districts. Capital and biggest city is Bratislava with population around 430 000. Slovakians constitute around 86 % of whole population, followed by Hungarians with around 10 % and other ethnical minorities.

Motley and rich sources of bee forage allow efficient beekeeping in most areas, which totals 49,032 sq km (19,931 sq mi). The climate is moderate and does not exceed, even in the mountain regions, in hard winter, the limits bearable for beekeeping. As a rule, the spring comes as soon as early march and the sunny autumn extends until the end of October. Slovak honeys are usually mixed, but tasty unifloral honeys are produced as well, most wanted are dark forest honeys, wild raspberry and acacia honeys. Growth rates are dependent upon important nectar and pollen sources, such as willows, fruit trees, and most importantly, rape. At the end of this initial blossoming season the acacia begin blooming. In summertime pollen and nectar originate from clovers and sunflowers. In the northern part of Slovakia the coniferous honeydew is found, especially on spruce and fir. This is the principal bee forage in highlands and mountainous parts of Slovakia. Other nectar sources in these places include bilberries, raspberries and meadow flowers, all of which are hardy in a cooler climate.

The most significant race of bees is the Carniolan bee (A.m. carnica) of Carpathian type. This race is autochthonous on the territory of Slovakia, and is popular for good wintering, quick spring growth and calmness. The importation of other races of honeybees is not allowed. Throughout the country, there are breeding stations, which are producing several thousand queens, which mostly belongs to local Slovakian lines of Carniolan bee, but importation of some Austrian and Slovenian Carniolan lines is visible within the last years. By appropriate selection and breeding, breeders are determined to select bee colonies that are less inclined to swarm and show inherent resistance against the Varroa mite. A few breeders practise also artificial insemination of queens.

The biggest health problem is the Varroa mite. We use combination of several drugs to keep the mite level in hives on acceptable level. During honey-flowing season formic and oxalic acids, as well as Ekopol strips based on essential oils or thermic treatment of brood frames are used. Some synthetic acaricides are still allowed to use after last honey harvest to do not contaminate honey products. Application methods include fumigation (amitraz) or contact applications (Gabon PF 90 based on fluvalinate or Bayvarol based on flumethrine). Winter treatment using several aerosol applicators are used to apply amitraz into hives when outside temperatures reaches from +10 to -5°C.

Every year several outbreaks of American foulbrood (AFB) appears, those apiaries are isolated, in the regions transhumance is not allowed and infected hives and wood inventory is usually burned. After many years of absence EFB occurred again in 2020.

Main pests are wax moth, ants, bee-eaters, mouse and bears. More than 1000 brown bears lives in Slovakia and even it is protected species, sometimes causes damages to hives, as the bear´s population density is the highest in the world.

Winter losses have recently been below 10 % each year, but from 2018/2019 season began to exceed this acceptable limit.

The hives and apiaries

Until recently many different types of hives were used in Slovakia. Currently there is a growing use of unified types of hives. Most common frame sizes are 420 x 275 mm or 370 x 300 mm. The hives are double walled and insulated. Multi-storey hives of Langstroth or Dadant type are increasingly popular, but not such widespread as in other countries. The reason should be that we are still as emotionally attached to bees as our ancestors and we wish them to have dry, warm hives protected against bad weather. Commercially oriented beekeepers that keep their colonies in bee yards or in mobile trucks engage in migratory beekeeping. Colonies are fairly equally distributed throughout the country, which enables good pollination of cultivated and wild plants and thus it is not necessary for many beekeepers to migrate to fruit plantations or larger crops of rape and sunflower. Today, beekeepers mostly transport their bees to rape, black locust, wild raspberries and coniferous honeydew forest forage. More than a quarter of Slovakia is under nature protection, so many beekeepers meet requirements for organic production, but only few are officially recognised as bio-honey producer. The main reason for this low number is complicated certification and controlling process together with stagnating prices for organic honey and absence of special supporting financial schemes.

In the north of the country, in a small town Liptovsky Hradok, is situated the Research Institute of Beekeeping. Together with the University of Agriculture in Nitra, University of Veterinary medicine in Kosice and Slovak Academy of Sciences in Bratislava this Institute coordinates the plans, research activities, insemination of queens, gene mapping, honey products quality monitoring and other selected beekeeping and research programs.

Systematic schedule of regular and advanced trainings exists. From 2009 there is a possibility to study beekeeping specialization in two-year course on the High School in Banska Bystrica. This school also organise annual practical courses for beginners and people interested in beekeeping. Presentations, courses and seminars represent the broadest form of training while they are organized by local organisational parts of the Slovak Association of Beekeepers, which are actually 150. Many primary schools have beekeeping interest groups for pupils. Slovakia has hosted an international meeting of young beekeepers IMYB twice. Several titles of books, leaflets and other educational papers are issued yearly.

Current status is about 19 000 beekeepers and 300 000 bee colonies. In comparison with statistical surveys of other European countries, our situation is not the worst. We still have about 8 bee colonies per sq km. There are three main subgroups among Slovakian beekeepers: hobbyist, part-time and full-time beekeepers. Hobby beekeepers are involved in beekeeping because they treat is as free-time activity or they simply like it. Approximately 80 % of all apiarists keep less than 20 colonies each. Their main product is honey sold or gifted to relatives or neighbours directly. Part-time beekeepers keep usually 21-150 hives and are usually pensioners or they have second job. They represent around 20 % of all beekeepers. Less than 100 beekeepers are professional ones, keeping more than 150 colonies. Full times beekeepers move their hives regularly and intensively to increase honey yield.

During the era of socialism was donated beekeeping as a hobby activity with the philosophy to have colonies equally distributed around the country to ensure pollination even in less favourable climatic areas. Low wholesale and retail prices, increasing prices of entries and disease situation are the most important issues of reluctance to switch to professional beekeeping. Beekeepers are disenchanted for benevolent European honey legislative according to honey quality and labelling and low-price honey import from third countries. The protection label named “Slovakian honey” owned by Slovak Beekeepers Association was thus introduced to keep the excellent reputation of Slovak honey. Labelling using this protection mark provides consumer with an extraordinary guarantee that it is produced by local beekeepers, is not adulterated and achieves higher qualitative parameters comparing with common honey legislative (f.e. water content less than 18 % or HMF less than 20 mg/kg).

The long-term average annual yield is from 10 to 30 kg of honey per colony, yields from 40 to 80 kg per colony can be reached by skilled beekeepers. Slovakia is one from few countries of EC nearly self-sufficient in honey. Slovakia in the total number of hives in the EU contributes about 2 % and produces around 1,8 % of honey, which is more than territorial share (1,2 % of the EU territory). Wholesale prices today for 1 kg of honey ranges around 2,5 €, retail prices ranges from 5 to 9 €. Direct price producer – consumer is usually 6 €.

Part of the honey yield is used by beekeepers in their households or is sold directly to consumers.

Consumption of honey per capita in Slovakia around 1 kg per capita, but is hard to count it, as probably around 50 % of the production is sold directly to the consumers by beekeepers. This practise of “selling from the window” is now legal if the beekeeper sells only his own honey harvest and jars are labelled. During Christmas honey is irremissibly on every holiday table, but after winter period demand is decreasing. On the market the honey is sold in various packages. A honey wine – mead, has increasing popularity on inland market, this product is popular as a traditional sweet mead or metheglin – mead flavoured by herbs or spiced. Slovak meads were awarded on all previous World Honey Contest organised by Apimondia as well as International Mead Contests Mazer Cup.

Other value-added honey products are gingerbread, sweets, cereal bars, nuts with honey, and other products. At various exhibitions attractive honey pastries of various shapes and decorations as well as beeswax candles and art can be seen. Some amounts of frozen pollen for bumblebee rearing and propolis for disinfection’s and healthy products are requested from local buyers yearly. Bee venom and royal jelly are produced only on demand due to low prices of these raw materials on global market.

In a last few year increases of beekeepers and number of colonies, as well as tendency of higher concentrations of hives per apiary can be seen. Positive changes are linked with adoption of Slovak Beekeeping Programme co-financed for its half by EU. This programme following valid regulations of the European Community has been very well adopted by most of beekeepers. Beekeepers utilise mainly subsidies offered for technical assistance (f.e. organising courses, seminars, purchase of some equipment), varroa mite control products, veterinary services and buying new queens and colonies. The previously adopted EC agricultural supporting schemes has been focused on greater beekeepers able to use them to build honey-processing plants and invest into their farms, but most of apiarists are not open to call for such grants because of time consuming administration and honey price uncertainty on the global market. 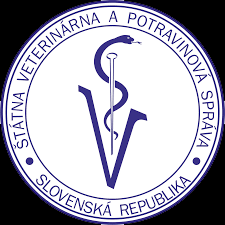